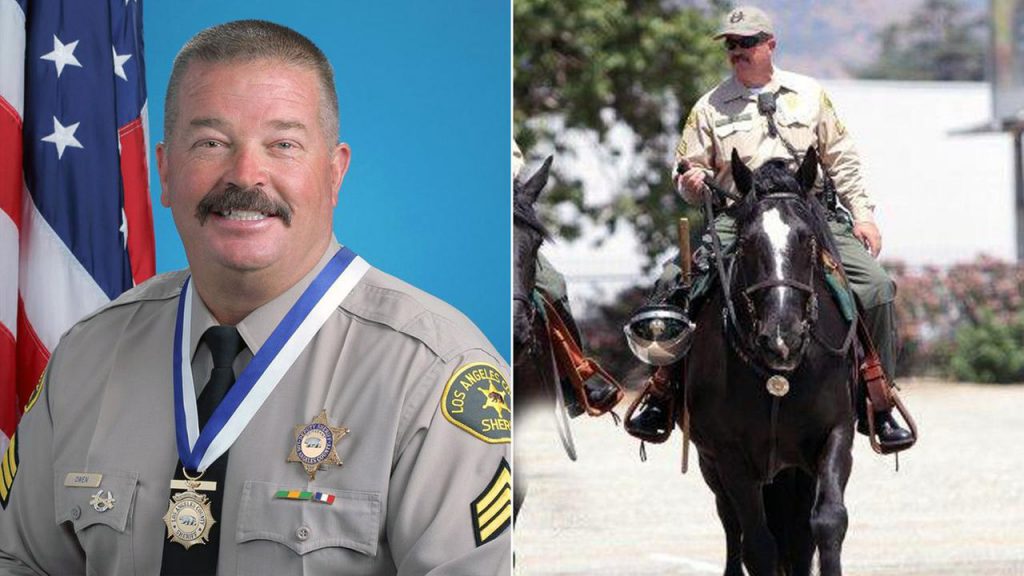 On October 5, 2016, the Los Angeles County Sheriff’s Department suffered a monumental loss. Sergeant Steven Owen, a 29-year department veteran, was responding to a residential burglary call in Lancaster when he was shot in the face by a suspect on active parole. Despite being rushed to the hospital by fellow deputies, Owen succumbed to his wounds. The murder suspect was later arrested after jumping into Owen’s patrol vehicle, ramming a deputy’s vehicle, and breaking into a home where he barricaded himself with two teenage hostages.

“Sergeant Steve Owen was an outstanding cop,” states PPOA President Brian Moriguchi. “He loved helping others and made the Antelope Valley a better place to live. Steve risked his life every day to make the community safer and we are saddened by this senseless murder of a fine public servant.”

Sergeant Owen was a hero in every sense of the word. In 2014, Sergeant Owen was awarded a meritorious conduct medal for his role in safely rescuing a hostage and arresting an armed kidnapping suspect who was holding a gun to the victim’s chest and head. The fact that this occurred without a single shot being fired speaks volumes about Owen’s police skills and ability to react quickly in the face of danger. His actions that evening were described by the sheriff’s department as “courageous and nothing short of heroic.”

Sergeant Owen has been a PPOA member since promoting to sergeant in 2011. The 53-year old is survived by his wife Tania (an LASD arson/explosives detective), his two sons Brandon and Chad, and his daughter, Shannon. Owen’s mother, wife and sons made it to the hospital and were all at his side when he died.