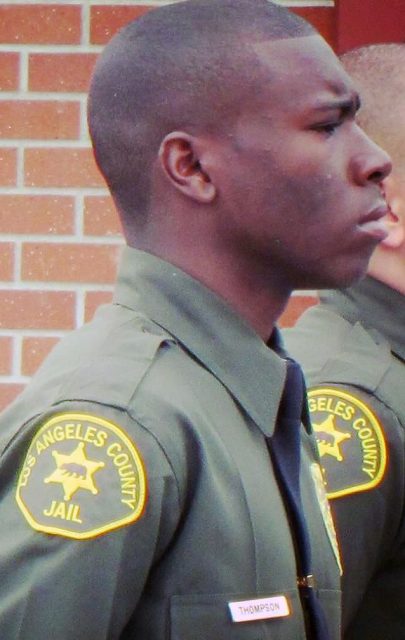 On November 19th, PPOA received the devastating news that Custody Assistant Anthony Thompson Jr. was killed in a traffic collision early that morning. Thompson, son of LASD Sergeant Ottawa Cureton, was driving southbound on the 605 freeway in Irwindale at approximately 12:30AM when a woman believed to have been under the influence of alcohol or drugs drove up the southbound off-ramp and entered the freeway in the wrong direction. The woman drove into oncoming traffic and collided head-on with Thompson’s vehicle. Both drivers died at the scene and Thompson’s passenger was hospitalized with severe injuries.

“I spoke to Anthony’s mother, Ottawa, today. Needless to say, she is heartbroken,” said PPOA President Brian Moriguchi. “But she is extremely grateful for the outpouring of support from the LASD family and Anthony’s co-workers.”

Custody Assistant Anthony Thompson Jr. was assigned to Twin Towers. He was 24 years old and started his career with the Sheriff’s Department in 2012. Please keep his family in your thoughts and prayers.