It was a reunion almost 30 years in the making. Sheriff Villanueva met up with a kid he inspired to join law enforcement. 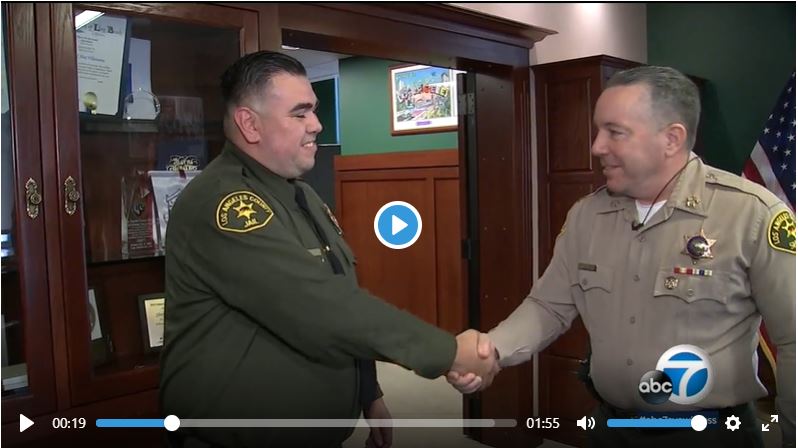 LOS ANGELES (KABC) — It was a reunion almost 30 years in the making.

“You’re an inspiration to me, growing up where I grew up in East L.A.” said Pallan to Villanueva.

Pallan showed Villanueva a picture of himself when he was 9 years old standing next to him. “That kid there? That’s you.” said Villanueva. “That’s me right behind you,” replied Pallan.

Villanueva and his partner were two of the first deputies to enter the projects on bicycle.

“It was a tough place. Gangs, you had gangs on every corner of the area,” said Villanueva.

And it had an impact.

“We see gang members stand up and start running. We see them run and we’re like, why are they running? We turn around, it’s two deputies on a bike. We said wow. That’s why they’re running. That much power? I want to be him,” added Pallan.

It led Pallan on a career into law enforcement working for the last six years at Twin Towers Jail, and his plan is to follow in Villanueva’s footsteps as a deputy by next year.

“Oh, this made my millennium right here. Cause you hope you can inspire people to take on a positive role and work with the community and what he saw in those days, that got him to what he is today, that is really cool,” said Villanueva.

And in turn, Pallan hopes to inspire a future generation of law enforcement, saying “Do the same thing he did. Just do my job, do right and hopefully make an impact in somebody’s life.”