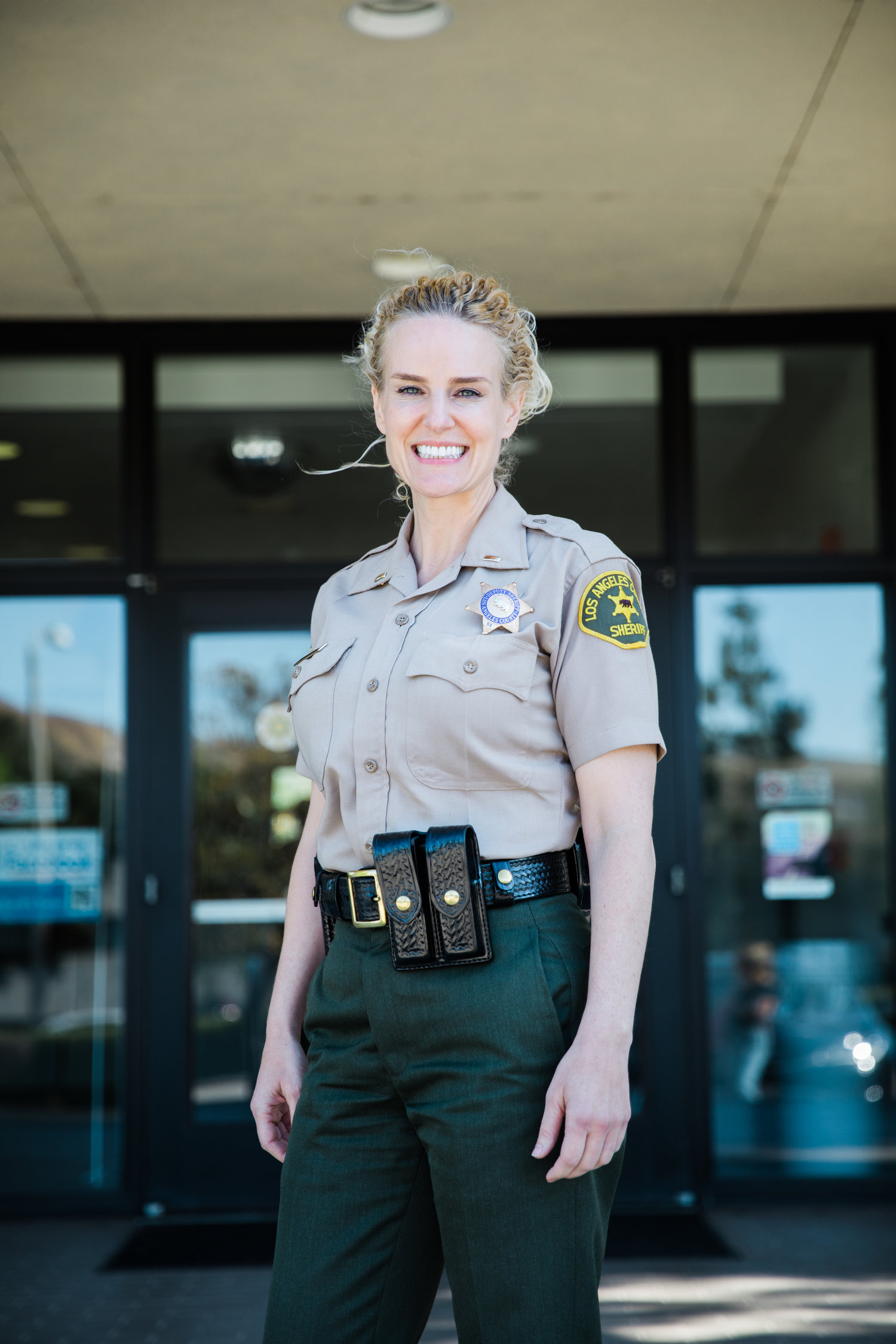 SINCE HER FIRST DAY AS LIEUTENANT, JENNIFER SEETOO HAS SEEN MALIBU AT ITS LOWEST OF LOWS. YET AMIDST THE DESTRUCTION, SHE HAS BEEN A GUIDING FORCE BEHIND BRINGING THE COMMUNITY TOGETHER AND CHANGING IT FOR THE BETTER.

Since becoming Lieutenant at the Lost Hills/Malibu Sheriff’s station, Lieutenant Seetoo has seen Malibu at it’s lowest low. She’s seen friends killed at the Borderline Bar in Thousand Oaks during last year’s mass shooting, neighbors lose their homes, and Malibu’s beautiful landscape engulfed in flames. Yet amidst that destruction, she has been a guiding force behind bringing the community together and changing it for the better.During a recent sit down with Lieutenant Seetoo, she shared how she got to be where she is today, the problems she has already tackled in the community, and what she plans to do moving forward.

What was your law enforcement career like, leading up to becoming Lieutenant of the Lost Hills Sheriff’s Station?

“I started in law enforcement when I was only 18 or 19 years old when I worked as a custody assistant,” Seetoo said. She was one of the first women to graduate as an honor recruit from the Los Angeles County Sheriff’s Academy and graduated top of her class (which she is more than proud to admit). Afterward, she spent time working in the Men’s Central Jail and Century Regional Detention Facility. Following that, she patrolled at Compton station.

In May of 2004, she left the states to work in Iraq. “I may not look like it but when I was in Iraq I worked as a bodyguard and ran convoys from the red zone through the green zone, to the Baghdad International Airport,” Seetoo said. “You really feel like you’re making an impact. You’re saving lives. So it was very rewarding.”

“I was an anomaly over there as a woman,” Seetoo continued, “You don’t see female contractors doing what I was doing.” She would walk through the streets and get to know the people. Even today she is still friends with some of the Iraqis she met during her time there.

After nine months in Iraq, she moved to Jordan, where she spent the next three months training Iraqi police officers. Once her year in the middle east concluded, she returned to the states and began working for the Department of Homeland Security on the Joint Terrorism Task Force. She later went to the East Los Angeles Sheriff’s Station, where she worked as a sergeant. She also worked as Deputy Director of the Joint Regional Intelligence Center (JRIC), a cooperative effort between United States federal, state and local law enforcement and public safety agencies to address terrorism-related threat intelligence for the greater Los Angeles region.

Three days before the Woolsey Fire began, Lieutenant Seetoo was transferred to the Lost Hill’s Sheriff’s station as the operations lieutenant. Her first day on the job Department Captain Joshua Thai had an emergency medical issue, putting her in charge as the Woolsey fire broke out.

On March 4th, in honor of the work Seetoo did during the fire, and the leadership role she played, Senator Henry Stern named Lieutenant Seetoo as Woman of the Year for the 27th Senate District.

The Woolsey Fire began your third day on the job. What were some of the emotions you experienced as you dealt with the situation?

“Within my first three minutes here, I became the acting captain,” Seetoo said. She explained that in the days leading up to the fire both, the community and herself were still paralyzed by the tragedy at the Borderline Bar & Grill, in which a gunman took 13 lives at the popular Thousand Oaks bar.

“People from my church were killed at borderline,” Seetoo said. Despite her fear, there was no time to panic. Once she got word of the fire, she immediately called Assistant Fire Chief Anthony Williams and began preparing and planning. Before the fire hit Los Angeles County, Williams ordered an evacuation from Valley Circle to Lindero Canyon.

“I was in shock,” Seetoo said. “I couldn’t believe what was happening.” While working tirelessly to evacuate the community, and getting emergency operations underway, she had her own family to worry about, which includes her husband Joseph and two young daughters.

“We ended up having to live in the captain’s office until we could return to our house. It was a devastating time,” Seetoo recalls.

Once the fire jumped the 101 Freeway, it became too big to handle, and incident command stepped in and took over the fire operations. However, her work didn’t end there. Seetoo took charge of the station, where she led to the department as they attempted to handle the situation and the aftermath.

How do you think the community has recovered since Woolsey?

“The way the community came together, I’ve never seen anything like that,” Seetoo said. “I really watched a community rally together, and that was important.” Seetoo held a pancake breakfast during the holidays to show the community how much they matter to her and how grateful she is to have them in her life. Despite the signs of hope that arose from the ashes of Woolsey, Seetoo also saw criticism from those who were reluctant to offer support to a place like Malibu.

“I often hear a lack of sympathy from people, because of Malibu being an affluent area, but that isn’t really true. We have mobile home parks that are just gone,” Seetoo said. “There are normal, everyday people here who lost everything, and they need help just as much as anyone else.”

Now, even though much of the rubble has cleared, and the hillsides bloom with vibrant wildflowers, Seetoo believes the community is still in the process of healing.

“I am happy to be the liaison lieutenant to see the healing, and we must not look back,” Seetoo said. “We can look back to learn lessons, but we must look forward to repair and rebuild.” Despite the difficult tasks she has had to take on as lieutenant, Seetoo is thankful to be where she is.

“It’s been an emotional rollercoaster working for the community, but it has been amazing,” Seetoo said. “I wouldn’t want to be anywhere else.”

What have you found most challenging about the job?

“The most challenging part of the job is that people look to law enforcement to solve all the problems, and that isn’t really the case. We can only do as much as the law allows us to do,” Seetoo said. “I want to help, but people must understand I can only work within the laws given to me.”

And the most rewarding?

“A big passion of mine is protecting our kids in our schools. The school districts here are amazing and I love working with the community.” Seetoo said.

She has been able to bring people together in this effort, and is continuously impressed by the desire of parents to work in this endeavor. One organization in the area which is part of bettering the community’s schools and the children that attend them is something known as Armory of Harmony. The organization was founded by Richard Gibbs, who is also a founding member of the Malibu Cultural Arts Commission. Armory of Harmony is an organization that melts down guns and turns them into musical instruments to put back into schools.

“Working with organizations like this, and the Boys and Girls Club, are the things that I enjoy doing the most—making an impact on the community,” Seetoo said.

What are some of the top issues you want to tackle as Lieutenant?

When she began her position, it was important for Seetoo to hear what concerns the community had and what changes they wanted to see.

“When you reach out to the community, they come up with these great ideas,” Seetoo said. “It’s really important to include the community on the plans, even as we prepare for things like fires.”

One of the main concerns Seetoo has already worked on, is the issue of homelessness in Malibu.

Following complaints from parents regarding the safety around Malibu Library and Legacy Park, Seetoo led an initiative to clean up the park.

Along with other deputies, she brought in special teams from the city and Los Angeles County to help with the project. The homeless teams often included veterans and even people who had been homeless themselves. 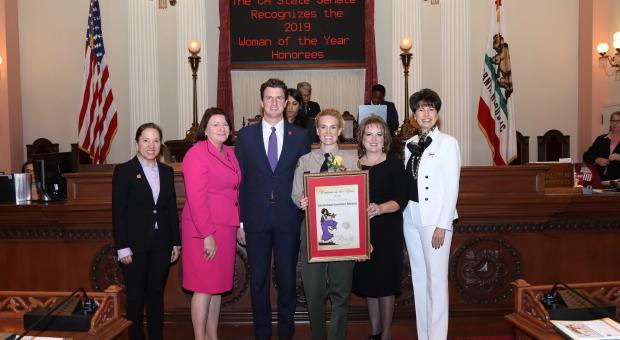 “It was neat to watch the interaction [between the teams and those in the park] and gaining the trust of that individual,” Seetoo said.

Seetoo is extremely proud of the work she and her deputies have done with the park, and not only what was done, but how it was done.

“We did a great job with the park and I think the public saw we do care about people and people’s safety,” Seetoo said. “We did it in such a way where it touched people’s hearts. The humanitarian aspect of it really moved the community.”

Not only does Seetoo believe the community has benefited from the cleanup, but that those homeless individuals have benefited as well.

“We have gotten people permanent housing out of it, medical help…it’s been amazing and unique to see,” Seetoo said. “We are continuing to keep Legacy Park what it’s supposed to be—a park for everyone to come and enjoy.”

On top of the homeless problem in Malibu, another one of the concerns community members have raised is traffic.

“A lot of people complain, so we listened to the community, sat down, and created a plan,” Seetoo said. The first part of that plan has been a bike patrol in the Civic Center area.

“Malibu has never had a bike patrol and now it enables people to respond more quickly to deal with a situation,” Seetoo said.

On top of the bike team, Seetoo devised another plan which involved sectioning Malibu in four quadrants, with deputies in each quadrant.

“The goal is to increase visibility. We are dealing with people parking in incorrect lanes, stopping to get into a valet…the point is to try and keep traffic moving. I know this traffic team we created will save lives,” Seetoo said. “It may not solve the traffic problem but it will save lives, and that brings me peace.”

What makes Malibu different from other places you have worked before?

“Malibu is this amazing electric community. In other areas, people are so individualistic, but Malibu is this thriving, community-oriented, and special place. It’s close-knit and the people here are so different, yet they are able to come together and mesh. It’s a special place. There is nothing like Malibu.” MM