Search
PPOA, ALADS, the Association of Deputy District Attorneys, and LA County Firefighters Local 1014 stand in unison with District Attorney Jackie Lacey in her bid for re-election on March 3rd. The four public safety unions teamed up to produce the video above, which will be aired on local television channels urging voters to re-elect DA Lacey. Please click on the video to watch it and make it a point to share it with friends and family who live in LA County.
PPOA is among a long list of public safety organizations and elected officials to endorse Jackie Lacey for District Attorney. All PPOA members in LA County are strongly encouraged to vote for D.A. Lacey and stand with public safety in re-electing her to continue leading the nation’s largest local prosecutorial agency. 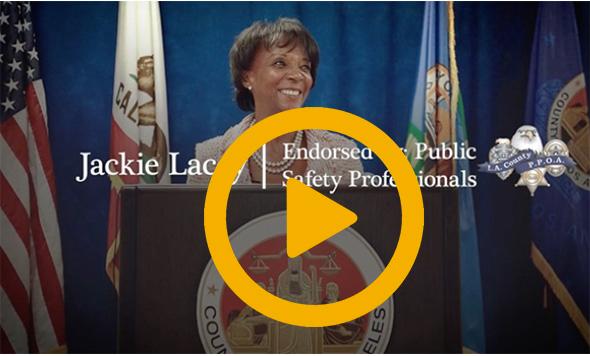