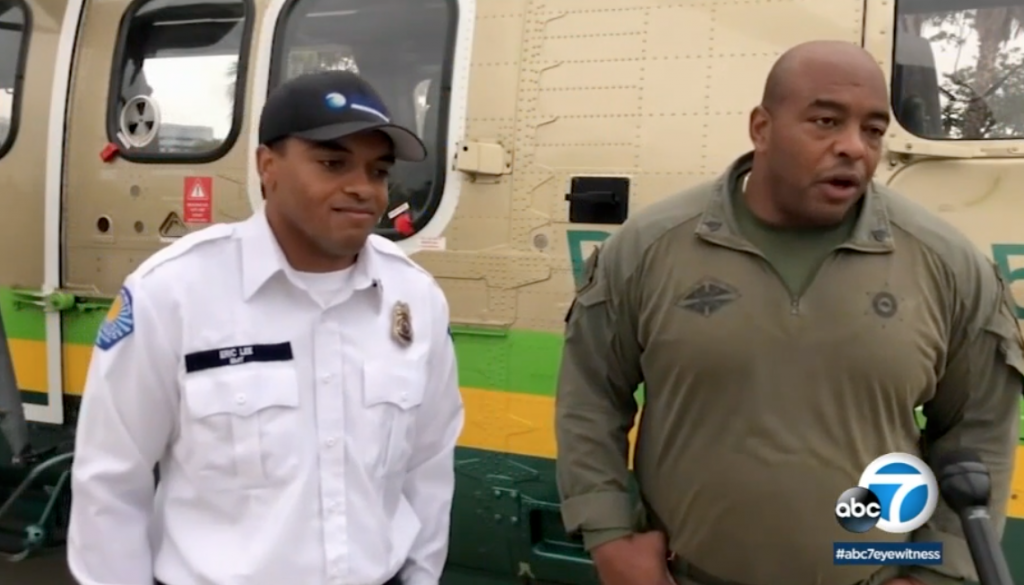 10/12/21: LOS ANGELES (KABC) — It’s not unusual for children to follow in their parents footsteps — just ask Eric Lee Sr. and Eric Lee Jr. — both of whom work as first responders. It’s in their blood.

“I followed in my mom’s footsteps,” the elder Lee said in an interview with ABC7. “My mom is a retired sergeant for L.A. County Sheriff’s Department.”

Eric Lee Sr. is a sergeant with the Sheriff’s Department, assigned to the agency’s Special Enforcement Bureau. Eric Lee Jr. has been an EMT for two years.

Typically, their paths wouldn’t cross — but they did, coincidentally, earlier this month, on one of the father’s very first calls as a newly assigned tactical medic.

A photo later released by the Sheriff’s Department shows the father and son working side-by-side to help a motorcyclist who went down on Glendora Mountain Road.

“After several minutes, I saw a care ambulance arrive at the location and saw my son step out,” said Lee. “Honestly, it was probably the best day I’ve ever had at work.”

Said the younger Lee: “We were just trying to get there in time to meet him because usually the helicopter gets there a lot faster. They will just takeoff without us even getting there. But we got there in time.”

The family’s history of public service runs even deeper. Eric Lee Jr.’s grandfather Robert Lee is a retired L.A. County deputy fire chief.”He was also a paramedic back in the day,” Eric Lee Sr. said. “So he’s been a big inspiration to both of us.”

Eric Lee Sr. added: “There is no doubt he was very happy to find out that we were able to work together.

“To have my son there with me, assisting me in treating a patient, there’s no better feeling than that,” he said. “I couldn’t ask for anything more.”