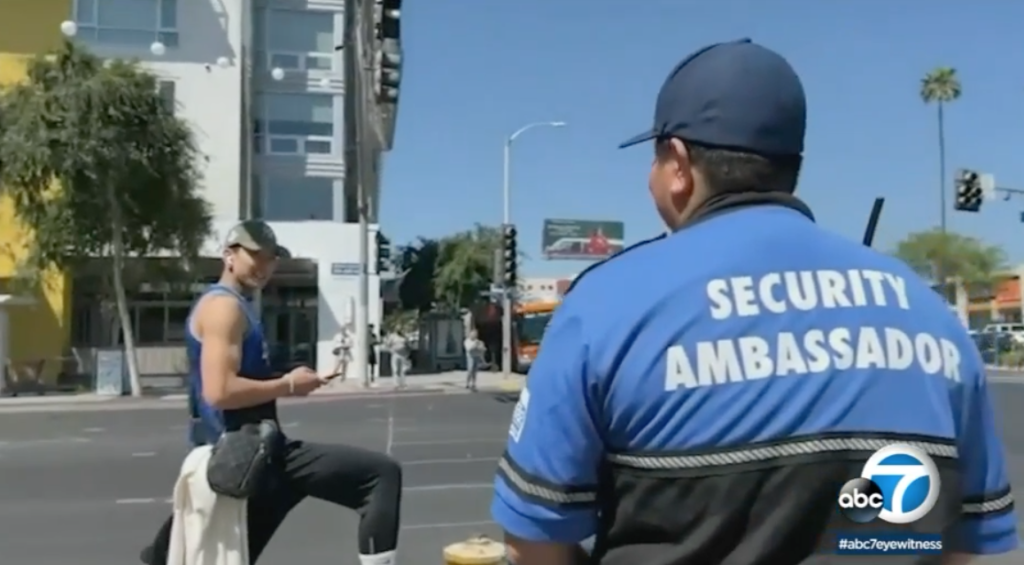 WEST HOLLYWOOD, Calif. (KABC) — Re-imagining public safety is underway in West Hollywood after the city council voted 3 to 2 in favor of eliminating four Los Angeles County sheriff’s deputies over the next nine months. One deputy on average costs the city $330,000 a year.

Since 2013, West Hollywood has been supplementing its public safety efforts through its Block by Block program, which uses unarmed security ambassadors who patrol the city by foot and on bikes. It costs roughly $70,000 a person. The city council set a goal of adding 30 Block by Block members, using most of the money they’ll save from eliminating the four sheriff’s deputies.

“You never know until you try, but clearly the current situation is not working,” said West Hollywood resident Anna Lee.

“Police and law enforcement agencies are asked to do so many functions in society that they aren’t trained to do, and that real public safety means further investments in affordable housing, permanent supportive housing, mental health, alternative response teams,” said Nika Soon-Shiong, a public safety commissioner with the city of West Hollywood. “These are solutions that we know work. That we know keep people safe.”

But some residents don’t believe now is the right time to be eliminating armed sheriff’s deputies.

“I think in light of our current situation across the country, it seems like a curious time to be taking police officers off the street. I would definitely feel safer having more,” said Josh Forte, who works in West Hollywood.

“I do hear from residents every single day that they are very scared in their communities, and I know we all do, and I take that very serious,” said John Erickson, a West Hollywood City Councilman. “And I don’t know if the Block by Block team will help alleviate that fear.”

According to crime data from the sheriff’s department, the city of West Hollywood has seen a 59% increase in average monthly crimes from 2021 through May of 2022 — a 28% increase from the average between 2015 and 2019. The biggest increase was in larceny theft. Sheriff Alex Villanueva believes the majority of West Hollywood residents are against the cuts.

“They want to experiment with your public safety,” Villanueva said about the three councilmembers who voted in favor of removing the deputies. “So, they might want to start re-imagining another line of work than being elected officials if they’re not going to represent the wishes of their own constituents.”

“If in one year, this is not working out, we can always reshuffle and re-imagine again,” Mayor Pro Tem Sepi Shyne said.