The Hero of the Match presented by Pirnia Law for October 1 is Retired LA County Lieutenant Gil Carrillo.

Retired Lieutenant Carrillo served three years in US Army, including combat duty in Vietnam with the 189th Assault Helicopter Company. Upon honorable discharge, Carrillo joined the LA County Sheriff’s Department in 1971 where he served 38 years until his retirement. Of note, he served 26 of the 38 years assigned to the Sheriff’s Homicide Bureau where he was co-lead investigator on the Nightstalker Serial Killer investigation. Due to that investigation, a 4-part documentary was made by Netflix following his life during the investigation. 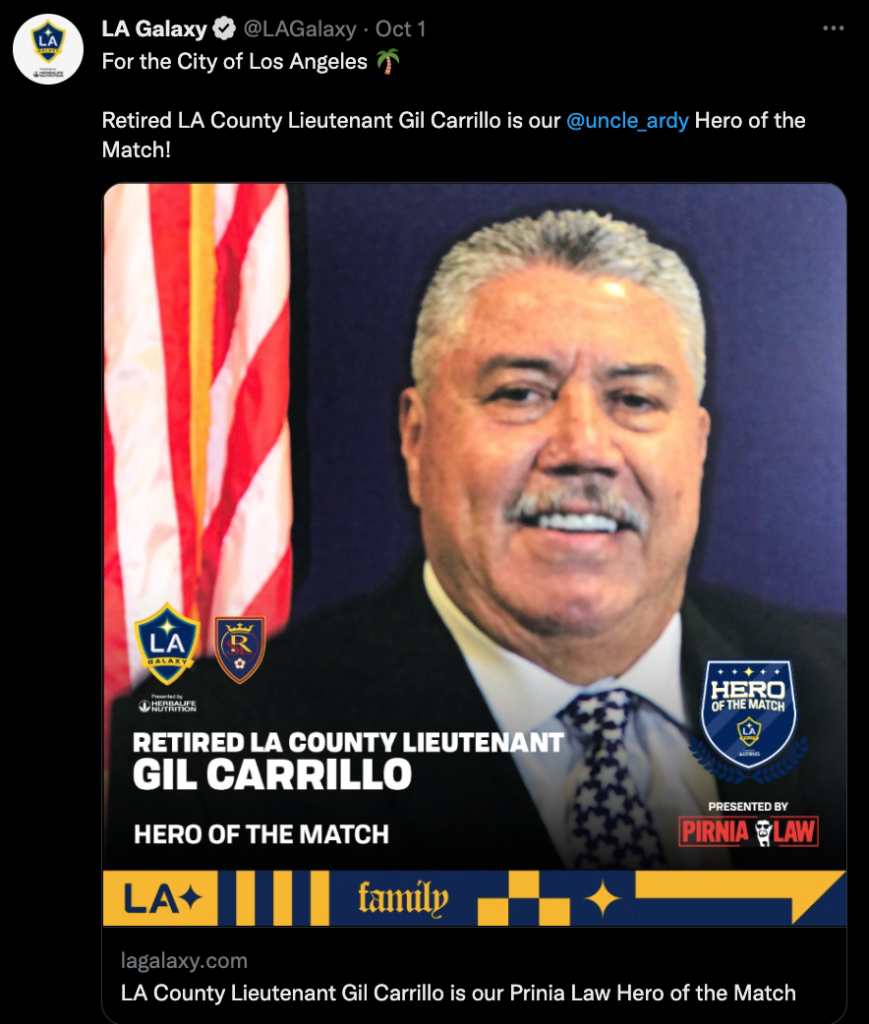