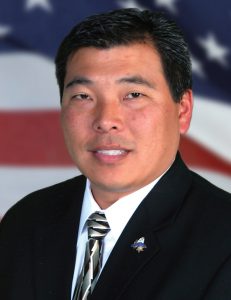 There is so much going on right now, I don’t know where to begin: controversial sheriff election, contract negotiations, fringe benefit negotiations, Flores litigation, impact of the Janus court decision, attacks on police officers, anti-police legislation and so on. These are troubled times for law enforcement. We have two choices: 1. roll over and accept the changes or 2. unite and fight back. Retirees have a third choice: flee California, but that is not an option for most of us (at least not yet)! For active peace officers, especially young peace officers, the choice is clear. We have to fight even harder to protect our profession, our careers, our livelihood and the ability to continue to provide for our families. We have to fight to protect our pension system and protect our medical benefits. The key to our success is staying united and fighting together.

My opinion of unions differs from that of many other unionists. I agree that employees benefit from the strength and power of unification (just look at other states that don’t have unions and compare our salary and benefits with theirs), but it is not enough nowadays to just tell employees, “Join your union! Pay dues and we will fight for you.” The power is no longer a result of so-called “union money” created when large numbers of employees band together. Why? Because billionaires have entered politics in a big way. They are spending billions of dollars to influence politics, alter elections and influence legislators. They have declared war on unions! Among them are

These mega-rich individuals and business owners successfully busted private industry unions and now their target is public employee unions. And they have found an unlikely ally. The anti-police groups are growing in power and influence and fit into the “union-busting” strategy. Law enforcement unions were once the toughest to attack, but attacks are becoming more and more frequent.

The real power of unions is … unification. We must all commit to the fight against us. Don’t just pay dues and rely on your union to fight for you. Get involved! At PPOA, you can do so in many ways. Become a delegate (or shop steward). Participate in one of our committees or task forces. Volunteer for events. Most of all, when the union asks you to do something like write a letter or send an email to your politicians or circulate information to your friends and family, please do so. Our real strength comes from the thousands of workers (union members) and our ability to reach out to others. The mega-rich have opened the door to get you to drop your union membership or tried to stop payroll deductions. It is a simple strategy … divide and conquer.
They know we will not always agree with one another. You may not like your union’s decisions, but you shouldn’t drop your membership hastily. Remember the importance of unification and the benefits you derive from being in a union. Just be sure to join a union that has a history and the ability to fight for you. Our future depends on us staying united and strong.

So, we can roll over and accept this, we can flee California or we can fight back. It is time to get out of your comfort zone and get involved with your union. We need your support and your help! Without it, we will continue to lose ground. At the very least, download the PPOA mobile app so that you can stay up-to-date on activities that affect this profession and also so we can contact you when we need you to write your legislative representative and voice your concerns. If all of our members did so, we could make a huge difference in influencing legislators. Remember, your involvement in your union can begin by simply going to your app store and downloading “PPOA” today.