On February 22, I had the honor of attending the graduation ceremony for Security Officer Class #52. After years of witnessing ceremonies like this one, I still get excited when I see an auditorium full of proud family members and friends cheering for the graduates. If you find time to attend an upcoming ceremony (even if you don’t know anyone in the class), please do so. Your presence will mean a lot to the graduates, and when you see toddlers and grandparents delivering hugs (even tearing up!) at the end of the ceremony, you’ll understand why I find those moments so inspiring.

I want to offer congratulations again to everyone in Class #52, with special acknowledgement to the top recruit, Officer Kanesha Botts (bottom left). Best of luck to all of you as you begin a journey you’ll never forget!

Speaking of congratulations, I am proud to offer a hearty job well done to Security Officer Jim Brown. Thank you for your years of dedication to the Department, to your union as a PPOA delegate and to your fellow security personnel, and for allowing us to join you for a memorable send-off barbeque (courtesy of PPOA) at Pierce College (bottom right). We will definitely miss you, and we wish you nothing but the best in retirement. 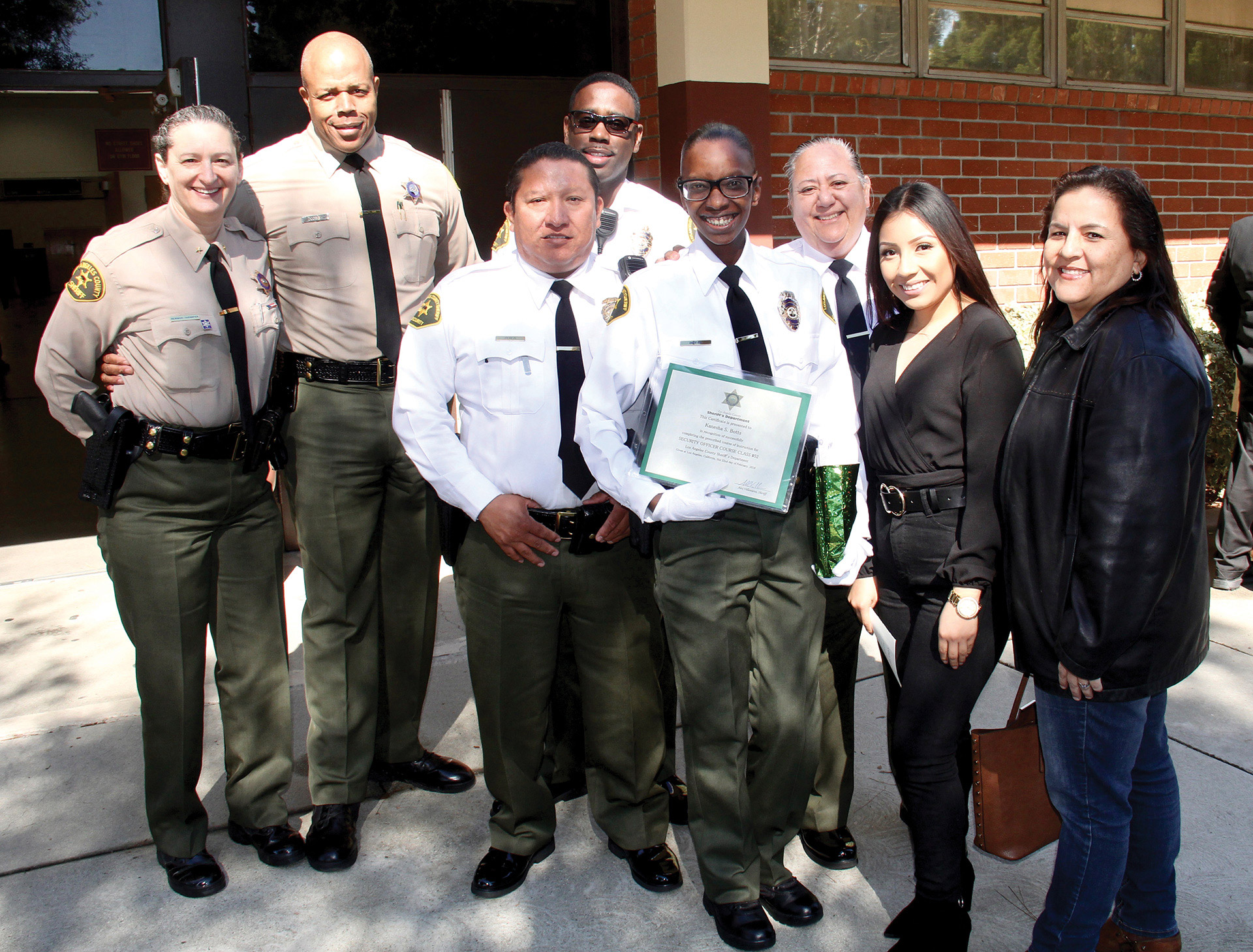 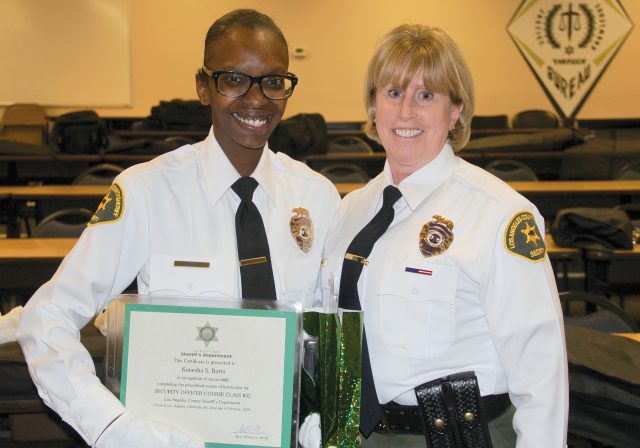 The following article was written by a very concerned security officer (name withheld at request of author) on behalf of co-workers at County Services Bureau (CSB). As some of you know, PPOA has had several meetings with CSB in an effort to resolve issues regarding vacation sign-ups, but as you’ll read here, we need management to do the right thing:

It is well past due to address CSB’s broken and unfair vacation and pre-approved time-off policy. Our bureau has expanded quickly and those contracts have been mismanaged. This has caused great scrutiny from Contract Law, and, in addition, raised budget concerns; thus, leaving our command scrambling for a quick fix. And that quick fix has been at our expense. Under the direction of Captain Steinbrenner, scheduling has implemented a policy that a maximum of two or three SSOs (depending on the region) can be off at any given time, whether that be for vacation or a much-needed, pre-approved day off. Simple math shows the current policy, as implemented, to be systematically unfair. For instance, there are approximately 60 officers in the north zone. If every officer selected two weeks of pre-approved vacation, the total spots needed would be 120. With only 52 weeks in a year, and two officers off per week, that totals to only 104 open spots — 104 open spots does not support the need for at least 120, and it does not even account for the people who have three and four weeks available for time off under County policy.

Compounding the issue, scheduling has now been told to include pre-approved time off in that policy. As you probably have already experienced, it is now almost impossible to get a pre-approved day off. In order to keep CSB in compliance with Contract Law and, at the same time, keep them from exceeding the budget, we are being denied days off despite operationally having the reliefs available to cover. There have been instances where there has been a relief available in the same facility where a time-off request was denied. This means that people are being denied a day off and then having to work that shift right beside a relief that went unused. This never happened in the past. In fact, this has not happened until Contract Laws’ recent concerns. It is projected that no pre-approved days off will be authorized for most of the remaining year given how the vacation calendars have filled up. In some cases, SSOs are being denied time off for doctor’s appointments or other serious situations, let alone, just a day off to spend with family or handle personal business.

Our captain seems to believe this issue either doesn’t exist or is over-exaggerated. The captain seems to believe this is the same policy that has always been in effect. The fact is, we have added many more facilities and SSOs. Given the size and growth CSB has experienced, allowing only two people off in the entire zone is ridiculous. Not allowing hardworking individuals the opportunity to use the time off they have earned is unfair. Denials of time off have gotten so bad that they do not even list them on the in-service anymore. Where is the integrity in that? I urge every SSO to document all denials and forward them to PPOA. If you are unhappy with the current vacation selection process or didn’t even get to select a week, contact Jody or PPOA immediately. Let’s show unity and get this resolved. Let’s show that unfair practices will not be accepted and that we expect command staff to be held accountable for their errors, just as we are.”