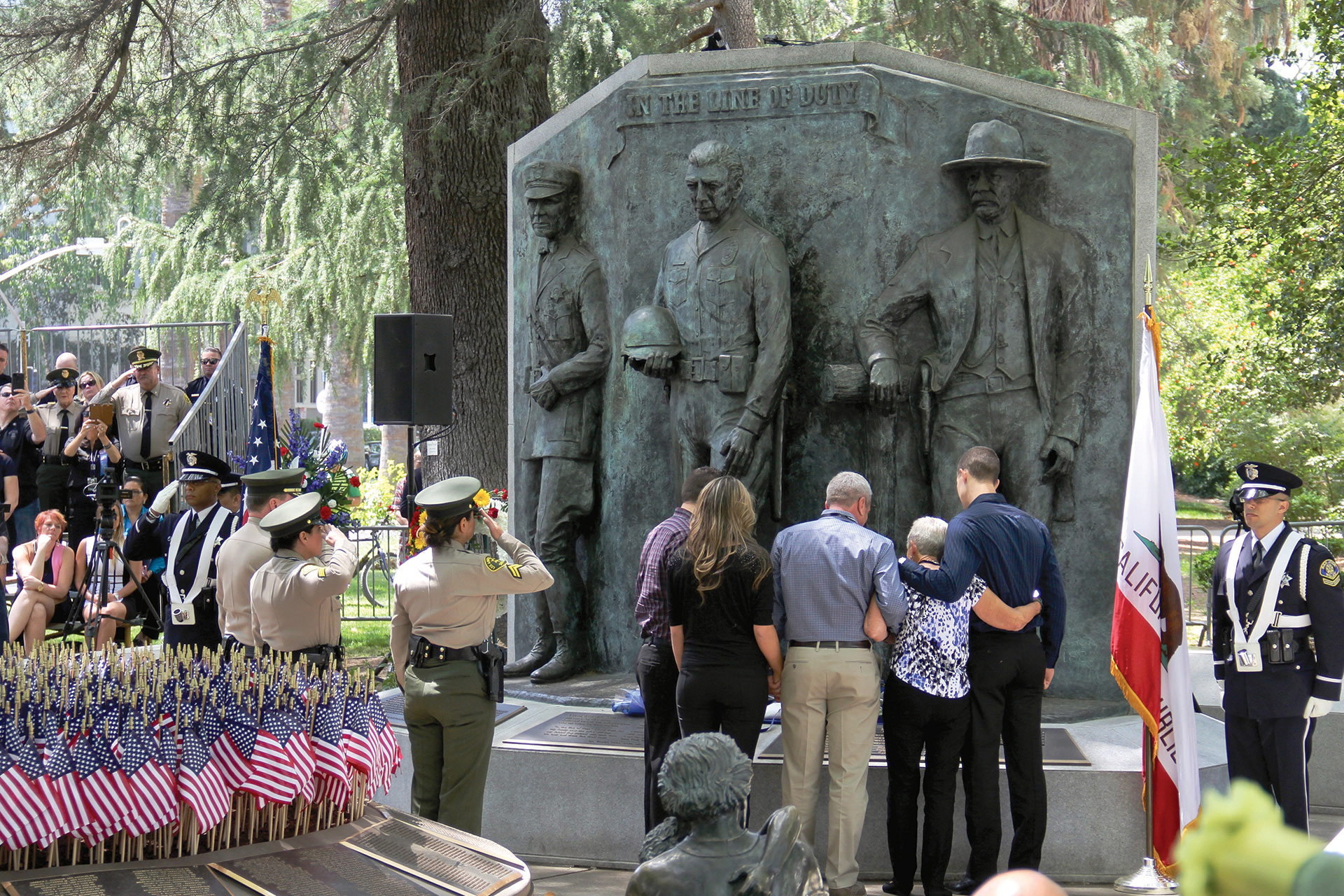 Each year in the April issue of Star & Shield, PPOA honors and pays tribute to our California peace officers who gave their lives in the line of duty the previous year, and who will be memorialized in May at local, state and national ceremonies.

In 1962, President Kennedy signed a joint congressional resolution proclaiming May 15 as National Peace Officers Memorial Day, and the calendar week in which May 15 falls as National Police Week.

Since 1977, California has memorialized our state’s fallen heroes by conducting the California Peace Officers’ Memorial Ceremonies at our state Capitol during the month of May. The annual Los Angeles County Peace Officers’ Memorial Ceremony is also held in May. Please make every attempt to attend one of the following ceremonies to publicly commit that our fallen officers and their surviving families will never be forgotten:

Since 2014, I have had the distinct honor of being the executive director for the California Peace Officers’ Memorial Foundation (CPOMF). The foundation is a 501(c)(3) nonprofit charitable organization whose mission is to recognize and honor California’s peace officers who gave their lives in the line of duty serving the citizens of this great state. The foundation has grown not only to recognize our fallen heroes, but also to provide services, financial assistance, advocacy and support to the families left behind. CPOMF is also responsible for the construction and maintenance of the memorial monument as well as for the planning of the two-day memorial services at the state Capitol. The foundation’s board of directors (PPOA is represented by Brian Moriguchi) is composed of active and retired peace officers from across California who volunteer 100 percent of their time and resources. Funding is provided solely by donations from individuals, corporations and law enforcement associations.

The California Peace Officers’ Memorial Monument was formally dedicated by Governor George Deukmejian on May 17, 1988, and is located on the west side of the Capitol grounds. This beautiful monument is the work of retired Los Angeles County Sheriff’s Department Chief and proud PPOA member Vic Riesau, who took up art and sculpture after retiring from the Department in 1977. In 1986, after authorizing construction of a memorial monument on state Capitol grounds, Vic and several artists were invited by the newly-created nine-member Peace Officers’ Memorial Commission to submit ideas for a memorial monument. Vic was selected for his entry, entitled “In the Line of Duty,” and in 1987, some 10 years after retiring, Vic began the project of a lifetime, which started in a rented industrial bay in El Monte.

This May will mark the 31st year that Vic’s 9-foot-tall bronze figures of a county sheriff, a state traffic officer and city patrol officer have represented the more than 1,600 peace officers who have died in the line of duty since California became a state. The three peace officers look down on a life-size bronze figure of a mother comforting her child on a bench; the two represent the grief-torn families left behind.

In 2018, California lost eight peace officers in the line of duty. Four were killed by gunfire, and four died in motor vehicle-related incidents:

Finally, I am so very proud and pleased that the CPOMF board of directors asked 89-year-young Vic Riesau to participate in this year’s state memorial enrollment ceremony on May 6, at the monument he created as a tribute to his fellow officers. Vic will read to the thousands of peace officers and public safety supporters in attendance, “The Monument,” a poem written by retired Los Angeles Police Department Sergeant George Hahn.