In 1976, a small group of law enforcement officers felt the need to create a remembrance for fallen officers. With the signing of SCR 94 (sponsored by Senator Robert Presley) by Governor Jerry Brown, the dream of memorializing California peace officers who made the ultimate sacrifice came true. This group raised funds to construct a wood and glass memorial case holding a leather-bound book containing the names of fallen officers, and two handcrafted swords that symbolized the Spartan warrior and the keeper of the peace. The memorial case is attached to the wall just outside the governor’s office.

For the 10 years that followed, the Peace Officers Research Association of California (PORAC) Memorial Committee, as provided for by the Presley legislation, gathered the law enforcement family at the State Capitol to rededicate the memorial. This committee became the caretaker of the California memorial, taking great pains to ensure that the names of fallen officers submitted by their respective departments were included in the memorial book. 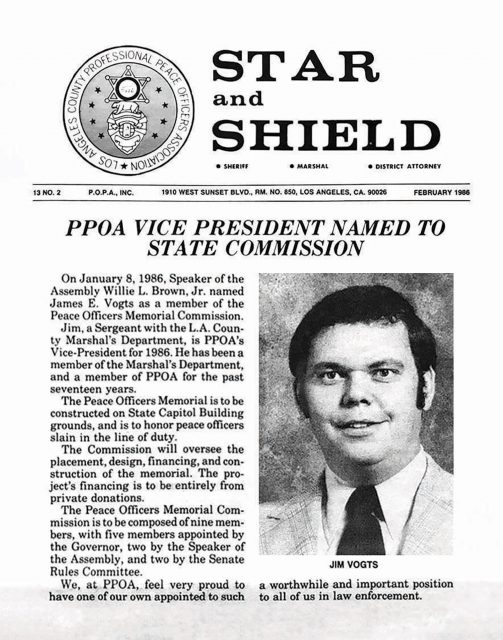 In 1985, Governor George Deukmejian called upon Senator Presley to again sponsor legislation establishing a monument memorializing California peace officers who died in the line of duty. In January 1986, the establishment of a nine-member California Peace Officers’ Commission from this legislation developed into a new chapter in the memorial story.

Thanks to the vision and dedication of the Commission, the California Peace Officers’ Memorial Ceremonies are held annually during the first week of May at the Memorial Monument. The ceremonies serve to formally enroll peace officers who have died in the line of duty the preceding year and pay tribute to the 1,600 officers whose names are forever etched in bronze on the hallowed monument.

During Jim’s three-decade tenure with the Peace Officers’ Memorial, he was an original commissioner, board member, advisor and family facilitator. On behalf of the California Peace Officers’ Memorial Foundation Board of Directors, advisors and staff, I gratefully recognize and acknowledge his 33 years of consecutive service, in which he exemplified compassion, care, love and servant leadership for California’s fallen heroes and their families left behind. 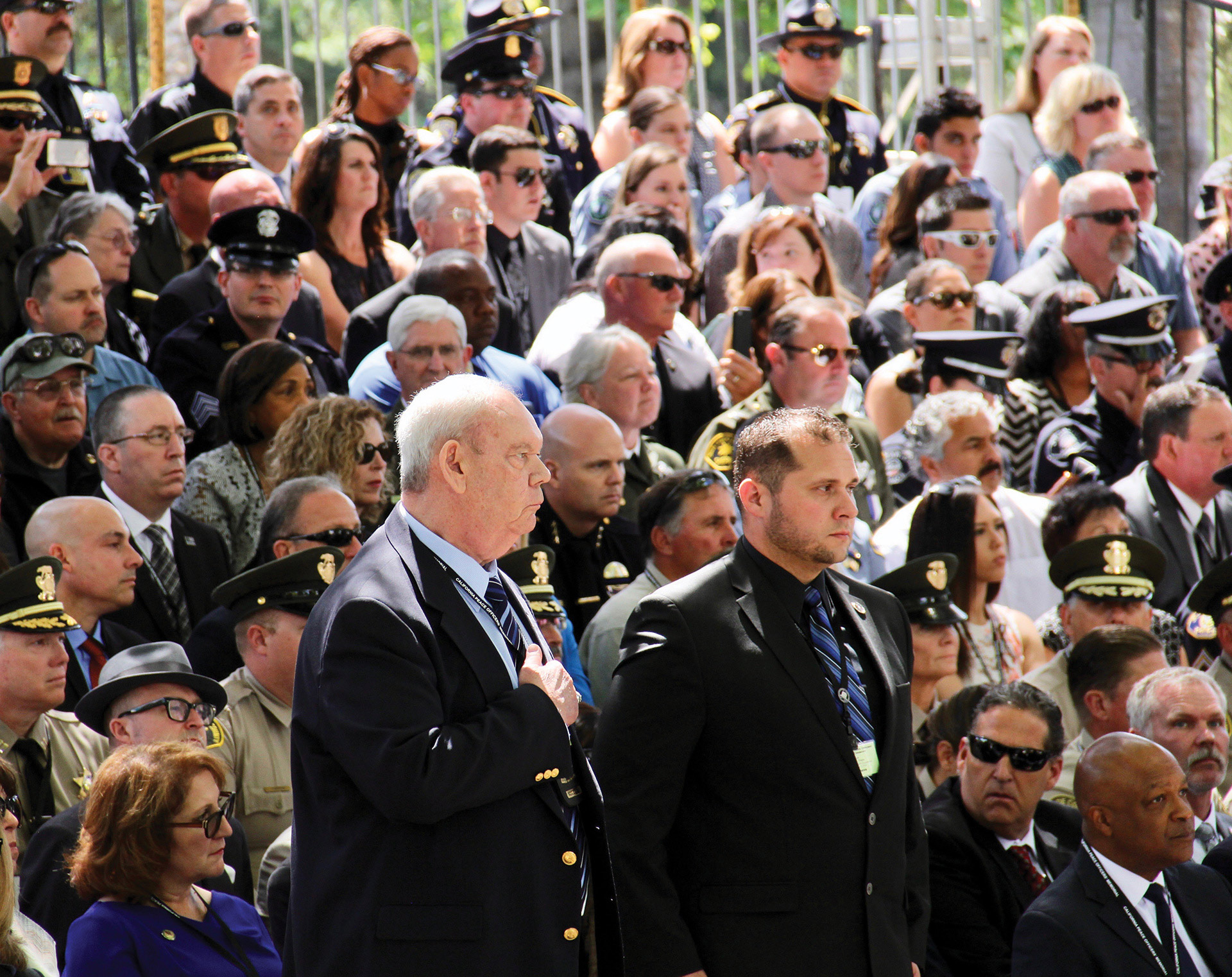