The press recently reported that former Sheriff Lee Baca will need to begin serving his approximately three-year prison sentence within weeks, exhausting all of his appeals. (That could change by the time you read this, of course.) Love him, hate him or indifferent, Baca’s downfall was a surprise to many, and to others an overdue “correction.”

Sheriff Baca was my sheriff from 1998 until the day he left office. From afar, as a younger deputy, he stood tall and confident. He was “in charge” and had people near him who knew their business and made up for any shortcomings he may have had. As I matured and worked units closer to the HQ arena, I saw more of the political side of him. He seemed one who cherished the job, and I felt that, on one hand, he wanted a better community. On the other, however, were rumors of darker motivations.

As we watched the promotion process change from what seemed a committee-like selection process to, in Baca’s later years, a “group of three” choosing the top individuals who would lead the Department forward, there was a sense of unease felt by many. Still, he was the sheriff. We may have disagreed with some of his choices, but he was the boss. All we could do was hope he was making selections because he knew something we didn’t about their abilities and what they brought to the table and were not purely picked for political reasons.

By the time Baca left office, the Department had changed drastically (particularly in his last few years) to a newer group. You retirees may have seen this in past sheriffs. Sheriff Biscailuz was in office for six unopposed terms — did he handle things similarly? (Too far back for many of you?) Do you feel Sheriff Block also oversaw drastic change in his 16-plus years at the helm? How about Sheriff Pitchess in his 20-plus years? Our memory is short and some of ours doesn’t span back long enough to remember. I bet all of those sheriffs were both adored and despised.

Our current sheriff is ruffling feathers for sure, for some. Some say it is progress, some say we transitioned from a slow-motion train wreck during Sheriff McDonnell’s reign to a fast-motion plane crash under Sheriff Villanueva. Some love what he has done and some are reminded of the arrogance of sheriffs past. Many retirees never experienced life under the current sheriff; I did and I will keep my private thoughts private. The point I am making is all the recent sheriffs and long-ago sheriffs had their own style of leadership. The common thread is that the ones I have worked with seemed to follow their own star. The past is the past, but as we say in any history class, we need to learn from it so we don’t make the same mistakes.

Retirees who lived through things like the narco scandal or the trials of Lee Baca and Paul Tanaka (and friends) had to really think about the Department’s future and learn from those incidents. In all of our struggles, one thing can be said without a doubt: we survived as a Department not because of our leadership, but regardless of it. Our Department has had many, many thousands of deputy sheriffs working patrol, courts, jails, detectives, and many, many other assignments — every one of them just as valuable as the other. We complemented, rather than competed with, each other. We all made, and continue to make, the Department the success it has been.

I encourage retired PPOA members to send me an email with your perspectives on the sheriff you worked for. For current members who read this, your thoughts about your current sheriff will change like the tide. Keep in mind, you will likely work under many of them and all will be different. Do your job and love it. Roll with the punches and make great lifetime connections. Oh yeah, be sure to maximize your 457 plan! PEPRA folks will need it! (Yes, that is still being ignored.)

Until next month, feel free to email me at jschallert@ppoa.com. 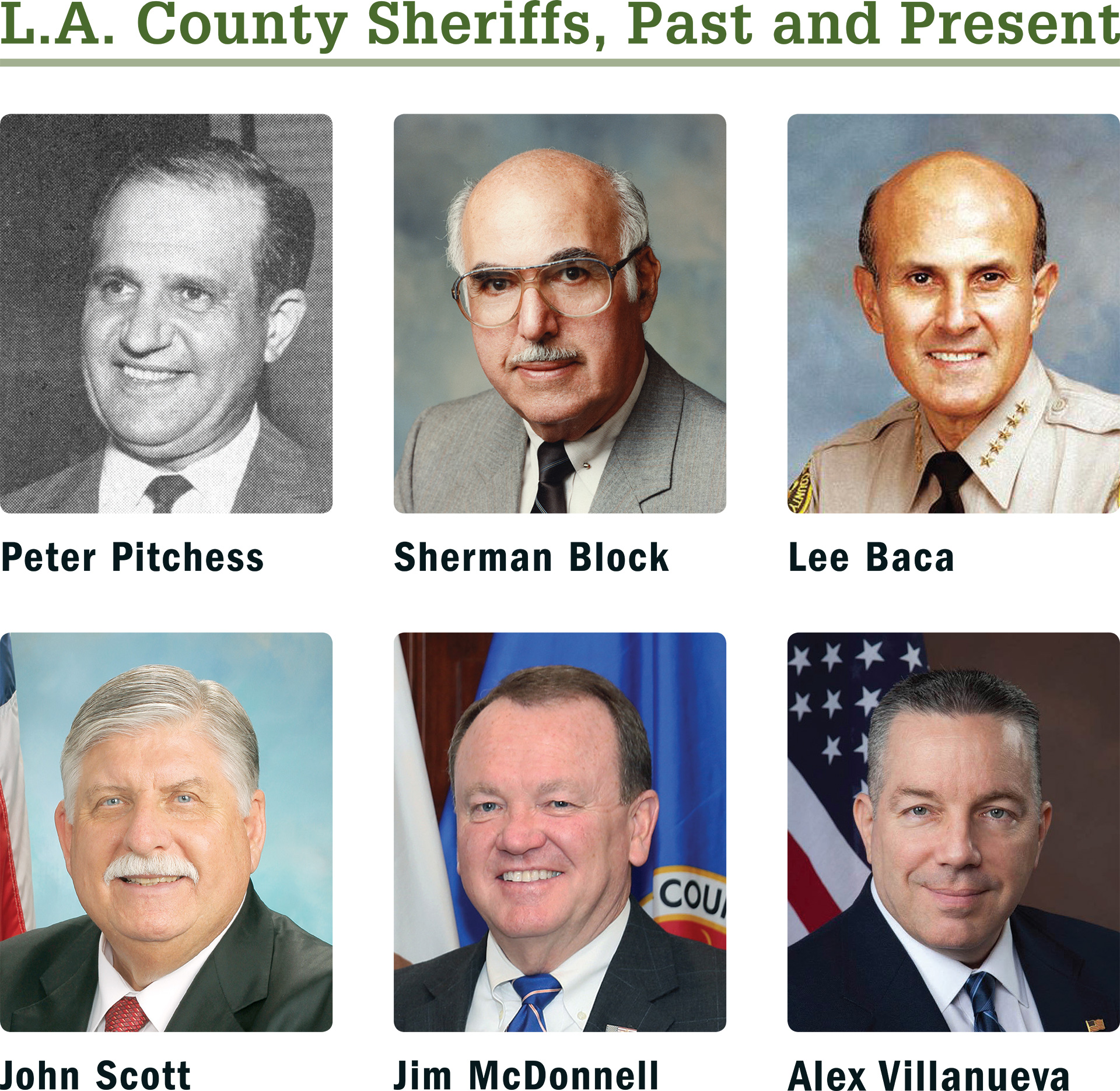