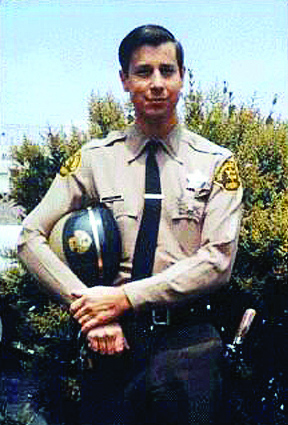 The Board of Parole Hearings is at it again. It has granted parole dates in three cases that cry for us to ask the Governor to overturn each of them.

The parole granted to Lionel Fossett Henry hits particularly close to home. Inmate Henry murdered Los Angeles Deputy Sheriff Lawrence Lavieri and attempted to murder Los Angeles Deputy Sheriff Douglas Smith. Deputy Smith survived, but he was so badly wounded that he was forced to abandon his law enforcement career. Deputies Smith and Lavieri were shot March 19, 1983, after responding to a call about a suspicious person at a Carson service station. When they arrived, Henry was sitting in a car that, it later turned out, he had stolen in San Diego County.

Deputies ordered Henry out of the car, and a struggle ensued. Henry grabbed Lavieri’s revolver and shot both deputies. Although wounded in the head, Lavieri followed Henry into a nearby vacant house, where Henry shot the deputy again in the head, then crushed his skull with the lid of a toilet tank.

Henry was captured by passers-by.

He was convicted in 1985, and Los Angeles Superior Court Judge Alexander H. Williams III imposed the maximum prison term of 30 years to life, saying that the penalty was so inadequate as to be unjust.

“The laws of the State of California are woefully inadequate, both to punish crime and to protect society. And this case underscores that,” Williams said.

Deputy Lavieri’s murder and the disabling attempted murder of Deputy Smith were not isolated criminal incidents by Henry against law enforcement officers. He had committed battery on a police officer in 1977 and, in 1981, Henry was charged with assault on a peace officer as well as a firefighter. He has a pattern of assaulting peace officers — and has demonstrated no remorse.

Henry’s parole was the first the Board of Parole hearings has granted him. Inmates in the other two cases who were granted dates have had prior grants overturned by Governor Brown.

Jesus Cecena, who murdered San Diego Police Officer Archie Buggs during a traffic stop in 1978, was granted parole for the fourth time by the Board of Prison Terms. This is particularly troublesome. In prior hearings, the parole panel had found that Cecena lied about the nature of the crime (the panel found that he had fired five shots at Officer Buggs, then callously walked over to the prone officer and shot him execution style) and had also lied about being remorseful (Cecena helped compose a prison ballad “celebrating” the murder of Officer Buggs).

Jeffrey Alan Maria was granted a parole date for the third time by the Board of Parole Hearings. Governor Brown had correctly overturned prior grants. Maria was one of four participants in one of the most heinous home invasion, torture, rape, murders in Stanislaus County. Not only did Maria lie about his role in the 1979 crime, he had tried to escape from prison — hardly the conduct of someone who should be considered for parole.

In the past, PPOA, along with our allies, has petitioned Governor Brown to overturn dysfunctional parole grants exactly like these. He has granted our petition each time we have reached out to him on cases like these. In each of these cases, we are reviewing the hearing transcripts in preparation to asking — three times more — Governor Brown to overturn these parole grants.