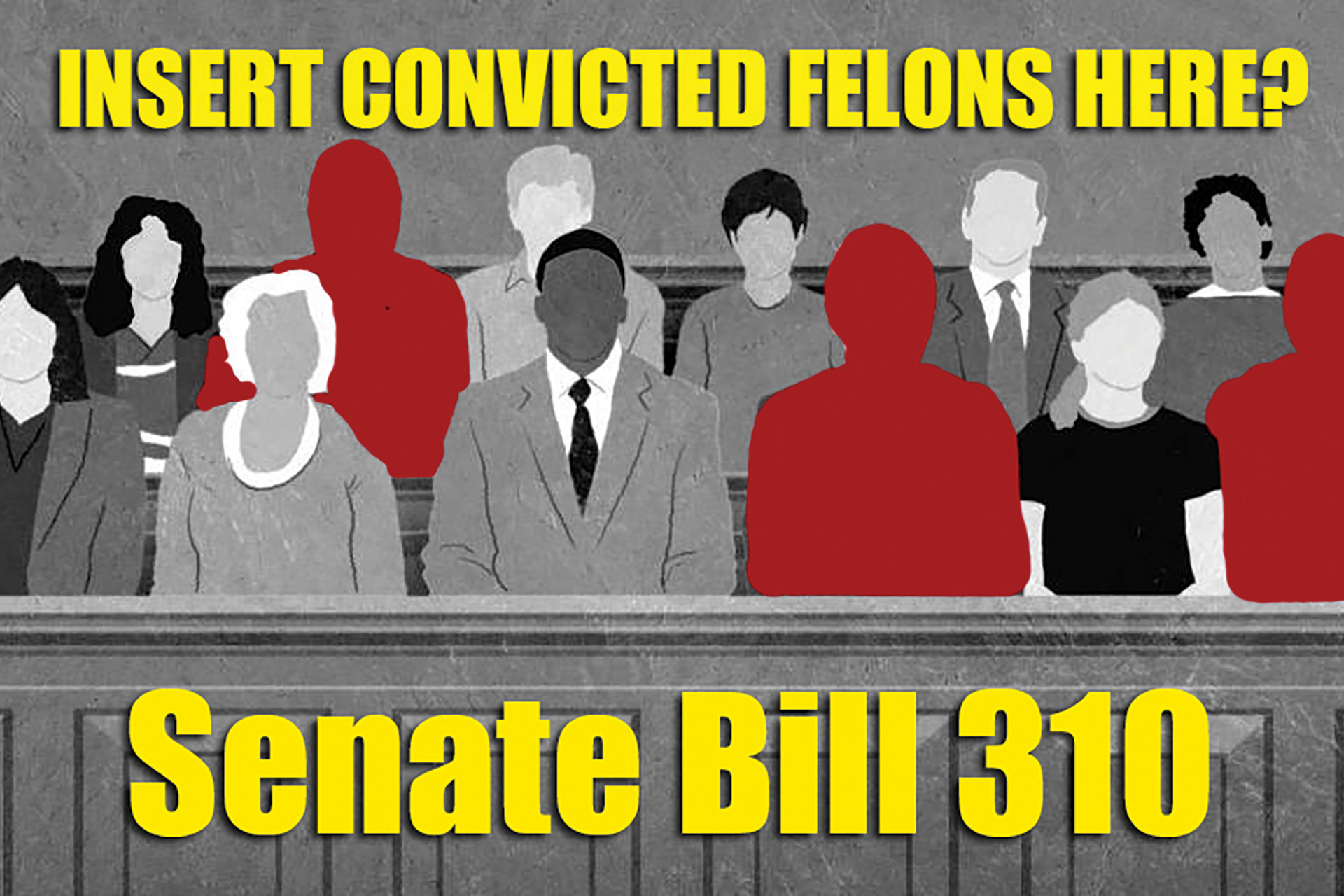 Can the California Legislature get any crazier with the laws they are coming up with? In my opinion, the answer is yes! Let me tell you about Senate Bill 310. The bill, authored by state Senator Nancy Skinner, would lift the ban on convicted felons serving on a jury.

Skinner believes that since ex-felons have the right to vote — a right reinstated by the Legislature and former Governor Jerry Brown in 2016 — they should also be allowed to serve on juries. Skinner further justified the bill by citing that excluding convicted felons from jury service has a disproportionate impact on African Americans. She added that current law bans as many as 30% of black men in California from serving on juries. Skinner’s logic is that this is somehow keeping African Americans who have to stand trial for a crime from their constitutional right to an impartial jury. She also said allowing felons to serve on a jury is more representative of a cross-section of society and “a jury of our peers.” At a recent committee hearing, Skinner continued representing her skewed perspective, stating this was somehow a civil rights issue.

OK, so let me respond to this social justice warrior’s thinking. Among the historical justifications going back to the founding of the country justifying excluding felons from jury service is the belief that these individuals lack character and harbor inherent bias. As you know, peace officers are not allowed to serve on juries because of the possibility of bias, even unconscious bias (yes, unconscious bias, an online class County employees must take on The Learning Net). Even professional staff and family of law enforcement members are rarely picked for criminal juries.

How can someone who’s served time be considered free of bias? Are we really going to have a guy wearing an ankle bracelet sitting in a jury box? Additionally, similar to the reinstatement of voting to ex-felons, should the right to participate in a jury and the ability to make decisions affecting society be afforded to those who have obviously made poor decisions at major junctures in their lives? I think not.

This bill also makes no distinction between violent and nonviolent offenders, and even allows convicted felons who are still on probation or parole to serve.

California law already makes it illegal to exclude potential jurors on the basis of race, national origin or gender. Felonies are serious business, especially violent felonies. The public and, more importantly, the victims deserve a jury who will evaluate evidence with as few biases as possible and vote accordingly.

The current “everyone makes mistakes” feeling within our Legislature has made it clear that it wants to let as many people out of custody as possible. The problem with this is that it is a “feeling,” an emotional response to issues that require thought, logic and analysis of long-term, possibly unintended, consequences. They started with the early release of inmates through AB 109, then filled parole boards with felon-friendly commissioners, then moved on to decriminalizing a bundle of felonies and drug offenses with Props 47 and 57 and, most recently, restored felons’ right to vote.

Make no mistake, SB 310 is not about expanding civil rights for persecuted minorities. It’s about stacking the deck against prosecutors by making it impossible to win criminal convictions. Somehow, fewer people in California’s jails and prisons are supposed to make us as a society “feel” better. Let’s see how everyone “feels” when violent offenders start knocking at their doors and those of their loved ones.

If this bill is signed into law, it will be a travesty of justice.

Until next time, stay safe, my friends.