Last June, I had the honor of standing alongside the parents of fallen Security Officer Lars Burkhardt at PPOA’s annual scholarship ceremony. The conference room was packed with PPOA members and college students on hand to receive scholarship awards from PPOA’s Star & Shield Foundation. One of the scholarships was named in honor of Officer Burkhardt, and his parents generously donated to that fund in order to help his legacy impact others. I am pleased to report that Lars’ legacy will continue in the form of a PPOA scholarship each year, thanks to the generosity of his parents. If you know of a security officer or security assistant (or one of their dependents) taking college classes, please encourage them to apply for the PPOA
scholarship. Applications are posted at PPOA.com and
the deadline for submission is May 15.

ALL IN A DAY’S WORK FOR SSO FIRST RESPONDER

Busy shifts are nothing new for PPOA members, and one Saturday last month was no exception for SSO/PPOA Delegate Jeff McKuen. After being flagged down to help a hiker with a broken leg at Vasquez Rocks in the afternoon, he was the first responder on a rollover T/C in Palmdale that evening. The hiker was transported to the hospital; the driver of the vehicle was arrested for DUI. Nice work, Jeff!

On March 3, President Rhodes and I visited the Rancho Dominguez DPSS facility in Compton to speak with PPOA members from Countywide Services Bureau about security and staffing concerns. The very next day, a 28-year-old suspect attempted to enter the building with a .25-caliber semi-automatic handgun. Being that the nearest deputies had to respond from a nearby station and needed time to roll to the location, SSOs detained the suspect and inspected the weapon to determine if it was a replica or actual firearm. Not only was it real, but it had a bullet in the chamber and the magazine was filled to capacity. This marked the third weapon recovered at this facility in the last 12 months and is further evidence that SSOs are capable first responders.

While visiting County facilities, security officers asked me about the possibility of a lightweight jacket. The current jacket available is bulky for colder weather, but is far too much for anything less than cold winter temps. PPOA contacted Galls to inquire about a lighter jacket and we were informed that the Elbeco Softshell Jacket is an option. Even though the description (see image) says “Custody Assistant,” the webpage does have a box to indicate whether you want patches or a name strip. 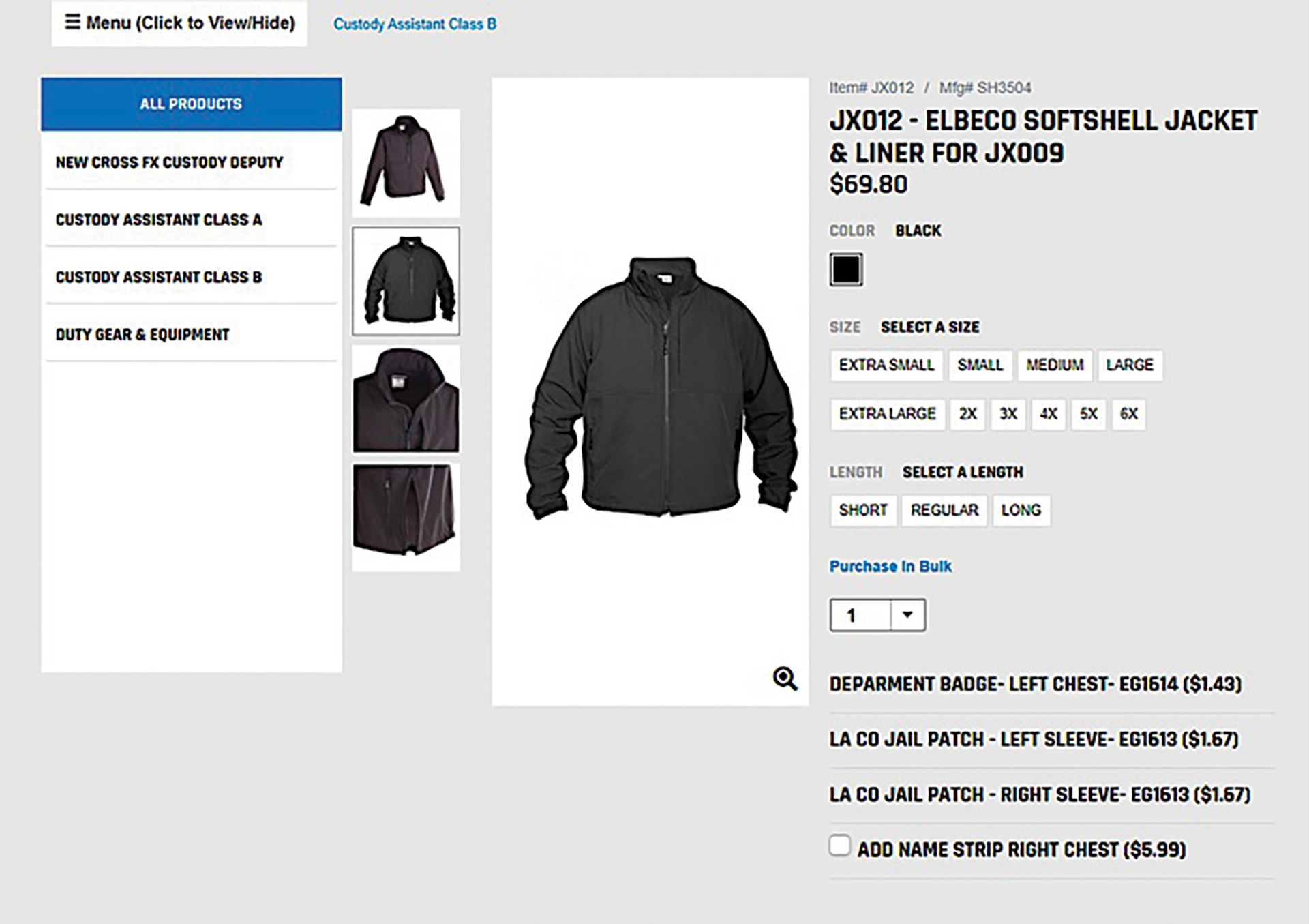 PPOA proudly welcomed 15 new security officers to this association on March 12. I was honored to speak with them during their first day at the Academy and wished them well as they began five weeks of training. We look forward to joining them at their graduation!

Due to the COVID-19 pandemic, meetings with the County to discuss CCWs have been postponed. I’ll update you as soon as they resume.