As most of you know, the results of the primary election are complete. (Or are they?) Jim McDonnell received 47.6% of the votes, Alex Villanueva received 33.5% and Bob Lindsey received 18.9%. Therefore, Jim McDonnell and Alex Villanueva head into a runoff in November. I have received many inquiries from members on where PPOA will stand in this election. My answer today is, “I don’t know.” But we will play a part in who will be our next sheriff. PPOA has already started interviewing each candidate. On June 29, I interviewed both candidates as part of our PPOA On Point video interviews. These videos will be uploaded so that everyone can hear the candidates answer questions about their vision and their leadership as sheriff of Los Angeles County. I hope to have these videos uploaded soon.

PPOA will host a debate between both candidates. It’s scheduled for July 23 at the Ronald F. Deaton Civic Auditorium in Los Angeles. Space is limited so reserve your spot by calling PPOA today. If you cannot make it, don’t worry. We will televise this debate as well. Next, we will do polling of our membership to see who they prefer to be the sheriff of Los Angeles County. Then we will poll the public, using positives and negatives to get an idea of each candidate’s viability and vulnerability. The endorsement committee will review all data and decide whom to endorse.

For PPOA to be effective when we give our endorsement, our members must get engaged. We need members to volunteer to help: stuffing envelopes, walking neighborhoods, forwarding Facebook posts to their friends and family, retweeting, wearing our endorsement shirts, putting bumper stickers on cars, etc. There are a lot of ways to help. Every one of us cares about the Department so it is time to step forward and let your voices be heard.

I want to thank those of you who contacted me about your problems with workers’ compensation claims, getting proper treatment and denials from York for medical treatment. I am truly shocked about the poor treatment provided by the County toward those employees who dedicated their lives to serving the County of Los Angeles. Actually, I am appalled. I heard countless stories of retirees suffering in pain who cannot get their medicine or treatment approved; no call-back from York case workers; sometimes a straight denial of services previously approved in a settlement agreement with the County. It is really disgusting to hear how these people are being treated. The County treats the homeless and the criminals in our jails better than its own employees! Absolutely disgusting! I have a meeting scheduled with the CEO’s Office and will be meeting with York in the near future. I know they are aware of many of the problems and I hope we can meet and find solutions together. County retirees deserve better.

I want to thank all of you (and your children) who applied for PPOA scholarships this year. It was a difficult process and I wish we could present all the applicants with scholarships. They really all deserve it. I am sure our members are extremely proud of their children whether they received a scholarship or not. They should be. Each and every applicant was already a success in life, not just in academics either.

About 18 months ago, PPOA proposed to Sheriff McDonnell recommendations on how to improve morale in the Sheriff’s Department. One recommendation was to create a recruitment task force. He agreed. But he did not agree to allow the unions to take the lead (or share the lead) on this project. Instead, he put Personnel in charge and the unions were allowed to participate. We have had very few meetings. The only thing I know that has changed is they increased their recruitment unit significantly. Last year, they lost 100 more deputies than they hired and in the first six months of 2018, they have lost another 100 more deputies than they have hired. Is this a pathway for success? The Sheriff’s Department seems to think so.

This problem is having a major impact on all employees. I am amazed every time I hear about Custody Division and how huge the burden is on their employees. Ridiculous amounts of overtime. Yet the Department cannot seem to come up with a solution to the problem. It isn’t rocket science. Hire more deputies!

Due to the Department’s epic failure in that regard, PPOA has decided to form our own recruitment task force and produce a report to the Sheriff, the Board of Supervisors, the Civilian Oversight Commission and to the public on how to fix a broken recruitment system. If you would like to be a part of that effort, please email me at bmoriguchi@ppoa.com. Ideally, I would like those with a background in recruitment, backgrounds, academy training and those who have personal experiences or know people who have had problems with the current hiring system. I also need a budget person so that we can make realistic proposals with realistic funding requirements. If you don’t have a background as described above, don’t be discouraged. We want anyone with a passion and desire to see this problem fixed. Come one, come all. 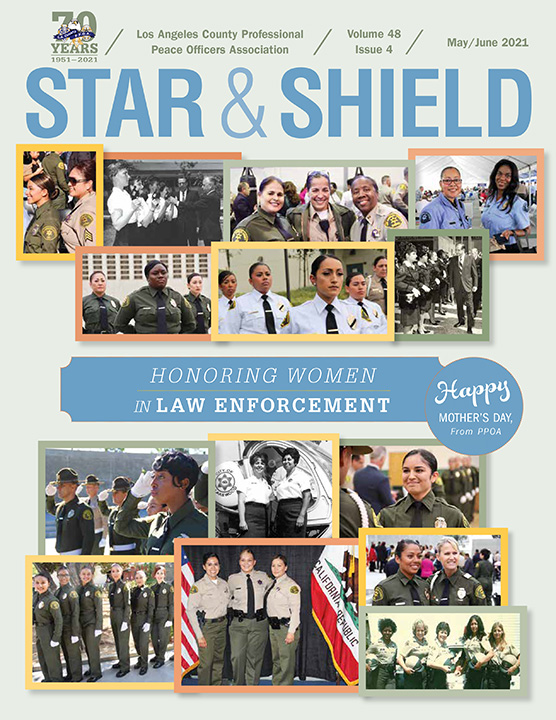