Assembly Bill 931 sought to strike decades-old settled law regarding the use of force by peace officers and, put simply, was one of the most anti-police, anti-public safety bills in the history of the California Legislature. Given the current sentiment in the California Legislature, its prospects for passage bordered on the inevitable.   Last night, however, the […] Read More

On August 31, 2018, PPOA President Brian Moriguchi and Executive Director Wayne Quint met with York executives and managers as well as representatives from County CEO’s office. The purpose of the meeting was to address complaints received by PPOA from injured workers primarily concerning denials of claims and medical treatments, cancellations of prescriptions and unresponsive […] Read More

DEPUTY DIDIER HURDLE / END OF WATCH: 11/25/77 Deputy Didier “Dee” Hurdle was shot and killed on November 25, 1977 in the Willowbrook area of Los Angeles. Deputy Hurdle was fatally wounded when he and a cadet trainee stopped a car containing suspected gang members. As one of the suspects exited the vehicle and […] Read More

Today, an inmate at the Lakewood Station jail punched a female custody assistant in the face during fingerprinting, took her taser and pulled her into a locked cell. Despite suffering a broken nose and a concussion, the C.A. managed to active her emergency alarm while the inmate held her hair in one hand and the […] Read More 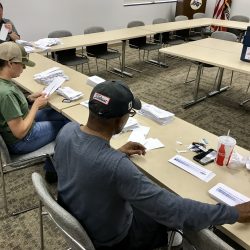 July 20, 2018 — PPOA members in Unit 612 have voted decisively to ratify a new salary contract with Los Angeles County. The new contract (pending final approval from the County Board of Supervisors) is retroactive to July 1, 2018. Ballots were mailed to 1,618 Sergeants and Lieutenants from the Sheriff’s Department and District Attorney’s Office. […] Read More 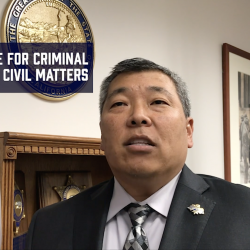 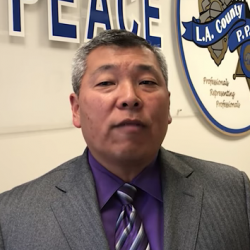 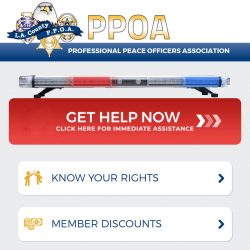 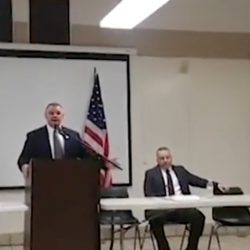 Video of the Sheriff debate for LA County that took place in Marina del Rey on February 13, 2018 Read More

The following year-end dues totals are provided to aid PPOA members with tax preparation. If you were not a PPOA member for the entire 2017 calendar year, please contact Clare at (323) 261-3010. Political contributions are not deductible for income tax purposes, and 10 percent of PPOA dues are used for political contributions. 2017 Dues […] Read More