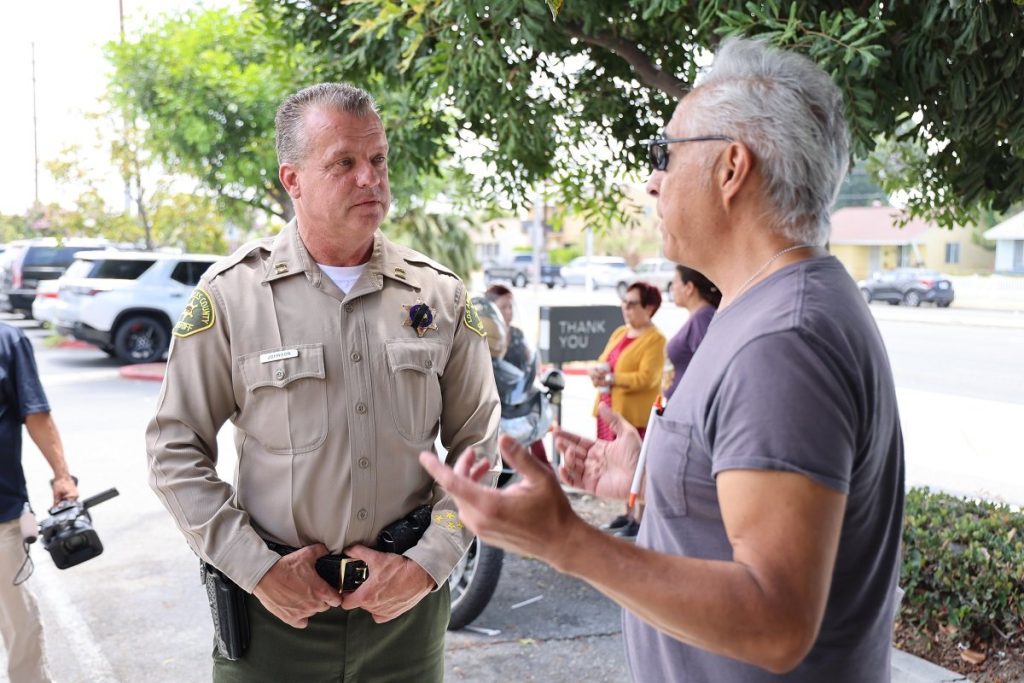 Chris Johnson was welcomed back to Norwalk by the city council and residents this week as he began to serve as the new sheriff captain of the Norwalk station.

The new sheriff captain was introduced during the city council meeting Tuesday, and residents had the opportunity to meet him during Wednesday’s “Coffee with a Cop” event.

Johnson moved to the city in 1974 and started his career in law enforcement as a public safety officer. He was captain of the Los Angeles County Sheriff’s station in Marina del Rey for six years but decided to transfer back to Norwalk.

“I always wanted to come back to Norwalk because I’ve lived here for so long, and I have so many good memories here,” Johnson said. “I went to high school and elementary school here, I have family that still lives in the city, so this is my dream job.”

The new sheriff captain said his familiarity with the city and community could help him determine the course of action in a situation.

“One guy was telling me he lives on the border of Downey and Norwalk, and sometimes law enforcement is not sure which city it’s in,” Johnson said. “Because I’ve been in the city for a long time, I say, ‘I understand, you’re on this side of Cecilia Street, so you are actually in Norwalk.’”

As he left the MDR station, county supervisor Holly Mitchell reduced their funding, resulting in the loss of two patrol officers. They were replaced with civilian social workers and homeless outreach positions.

“I think what the station needs more than anything is those two positions back. We’d be willing to work with the civilians they’re offering us, but it wouldn’t be the same,” the sheriff captain said.

Johnson could not resolve the issue before his transfer, leaving negotiations to his successor.

“The difference here is Norwalk is they’re putting more money into the law enforcement and not taking it away. They invested in a whole new team of deputies,” Johnson said. “The Public Safety Officer officers have their HOPE team, which is an amazing tool that helps us tremendously.”

As captain of the Norwalk sheriff’s station, Johnson expressed his intentions to build community faith in law enforcement.

“I think it’s important for someone in my position to be at community meetings and events where I can meet people. So they know who’s actually in charge of the station,” the sheriff captain said. “So they can reach out to me when they have a problem. They don’t just call and talk to some random person. They actually know who I am.”

Johnson also commended the public safety HOPE team and the sheriff station for reducing crime in the city as he entered the new position.

On September 2, 2022, the Coalition of County Unions (CCU) reached an agreement with LA County executives on a new Fringe Benefits contract. This successor fringe contract, worth more than $40 million, impacts 30,000 CCU-represented employees, including all active PPOA members. 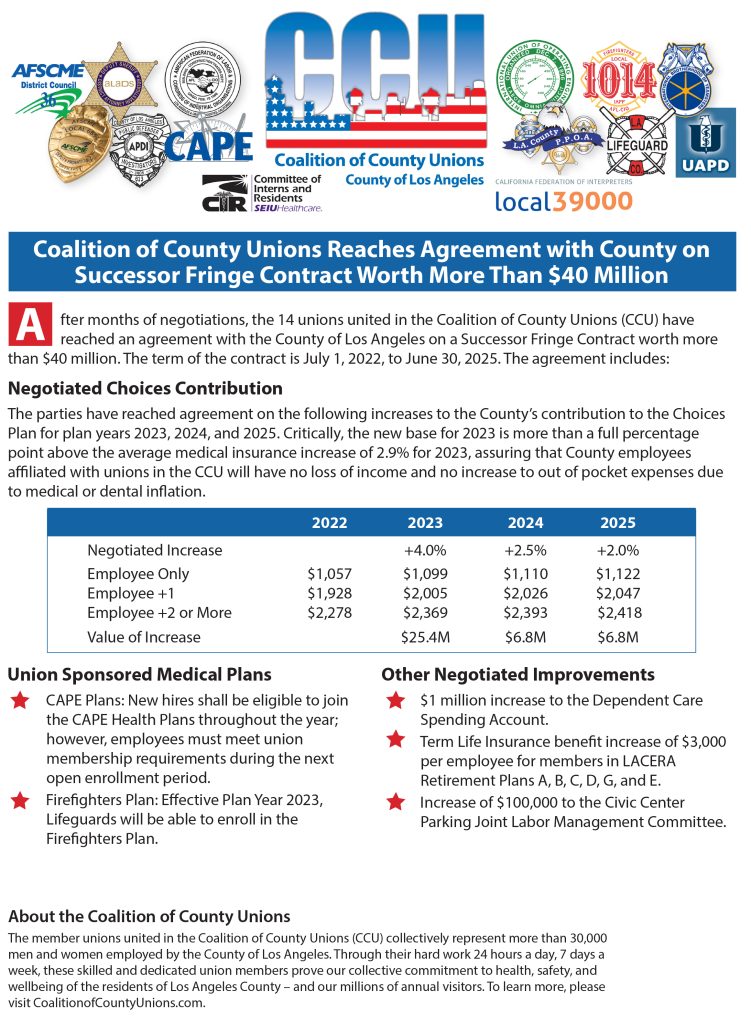 Dan Holguin, a 25-year veteran of the Los Angeles County Sheriff’s Department and a 21-year resident of Lakewood, has been promoted to captain and named the new commander of the Lakewood Sheriff’s Station.

Captain Holguin started his station command Sunday, May 22, leading the over 200 uniformed and civilian personnel at the station who serve Lakewood and the cities of Artesia, Bellflower, Hawaiian Gardens and Paramount.

Captain Holguin has worked in a variety of field and department command positions in his career. His first field tour was in Lakewood, where he served for seven years as a Patrol Deputy, Special Assignment Officer, Field Training Officer and Detective.

He then promoted to Sergeant and did tours at the Carson Station and in the Professional Standards Division, where he worked in the Risk Management Bureau. After a promotion to Lieutenant, he returned to a field station as a Patrol Watch Commander and Service Area Lieutenant for the city of Lynwood. He then became the Acting Captain of the South Los Angeles Station and was then assigned to be the Division Chief’s Aide at the Central Patrol Division headquarters, before his recent promotion to Captain.

Captain Holguin attended this week’s Lakewood City Council meeting and told council members that “I am honored to be given this opportunity to lead the Lakewood Station. I am a resident of Lakewood, and I take this job personally. I am ready to work with residents and the city to create partnerships that provide quality service.”

“I’m very pleased that Captain Holguin will be leading our Sheriff’s Station,” said Mayor Steve Croft. “He has a very impressive resume, and it’s always a plus when a Lakewood resident becomes the commander of our station. When other Lakewood residents see Captain Holguin at a public event, I hope they will take a moment to wish him the very best in his new assignment.”

At this week’s council meeting, Lieutenant Juan Briseño was also honored for his service as Acting Captain of the Lakewood Sheriff’s Station for the past several months after the retirement of Captain David Sprengel. The City Council presented Briseño with the council’s Award of Merit and noted their appreciation that he will remain at the station as the Operations Lieutenant.

This article was released by the City of Lakewood.