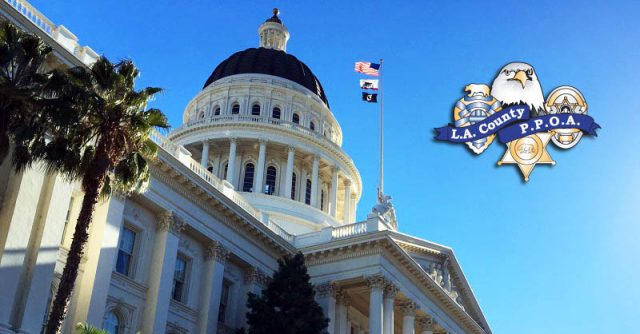 It’s an annual sight at the state capitol: the California legislature introduces thousands of bills — 2,628 in 2019 alone! By the end of session in September, hundreds of those bills will make their way through the Assembly and Senate and on to the Governor’s desk for a signature before becoming state law. Through it all, PPOA lobbyists actively seek passage of bills sponsored or supported by PPOA, while simultaneously seeking to defeat legislation that would adversely affect PPOA members and/or law enforcement personnel in general. Your union’s commitment to the legislative process stretches back to the 1960s and has significantly improved the rights and benefits of generations of PPOA members. Our legislative strategies have secured crucial protections over the years, including 4850 time and a long list of medical presumptions.

Here are a few examples of accomplishments resulting from PPOA legislative efforts in the last few years:

These, of course, do not include the growing list of dangerous anti-law enforcement bills PPOA works to defeat year after year.

Click here to help PPOA strengthen our legislative and political influence via PPOA PAC Plus.